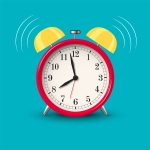 On April 20 1999, Eric Haris and Dylan Klebold went on a shooting spree at Columbine High School in Littleton, Colorado. When it was over, the two boys had killed 24 students, one teacher and wounded numerous others. One month later, the community hosted a grief meeting that gave students, teachers, parents and local pastors a platform to express their feelings.

A friend of mine and I drove to Colorado to attend that meeting. As each person came to the microphone to speak, the underlying theme—almost without exception– was that each one had felt something was about to happen. No one had any clue what it was, but felt God told them there was some impending catastrophe on the horizon. One pastor related how he had se
en the boys dressed in their Gothic attire and knew God was telling him that the boys were planning some horrible deed.

Even though many people knew that danger was coming, not a one mentioned intercession as a means to avert a disaster. The deaths were laid at God’s feet but He was not given credit for possibly giving a way out by prompting those who knew Him to heed the alarm that was going off inside of them and pray that the calamity would not happen. We not only need prayer that will deal with education’s past and present, but we need preemptive prayer that will disengage the enemy in future events.

From that Columbine meeting, there were three ways God had given warning:

1. An inward alarm went off while in the presence of the perpetrators.
Many saw Haris and Klebold and sensed the evil. Both boys were avid fans of death centered video games and heavy metal music with lyrics of death and destruction. The boys carried the evil with them and those astute in the Spirit could sense danger.

3. Alarming dreams were given—of being in a dangerous situation at school.
The signs were there but ignored. I don’t think the praying people in Columbine were oblivious to the prompting of the Holy Spirit, but rather, they simply didn’t know how to intercede. Intercession is quickly becoming a lost art as not many are taught how to pray in situations where, without God’s intervention, disaster will happen. It’s time for the church to take up the mantle of Elijah and pray for our schools to not only avert danger, but change the entire structure of the Mountain of Education. We can see things change—if we pray. (Read more on this at takingthemountainofeducation.com)

Give it 10 minutes
I suggestion that you give the alarm you are sensing ten minutes of focused prayer as quickly as possible. See what the Holy Spirit speaks to you during that time. The burden may lift and that’s all that’s needed, but perhaps you’ll get direction on how and what to pray at a later time.

Often if we think something will require hours on hours of intense prayer, it will never get done. The task will look too overwhelming. It’s better to be instant in prayer. Hearing God’s voice takes time and practice and it is best not to let the task look too big in the beginning.

Intercession is an absolute act of faith – Faith in the ability of God to change the future is the driving force behind intercession. If anyone ever tells you that that kind of faith that changes circumstances, nations and hardened hearts is easy, they would be lying. It’s like a muscle that isn’t used very much and at first it’s extremely difficult but with continual use, it does get easier. That’s why it’s called “exercising your faith.”

“But you, dear friends, build yourselves up in your most holy faith and pray in the Holy Spirit.” Jude 20

This site uses Akismet to reduce spam. Learn how your comment data is processed.