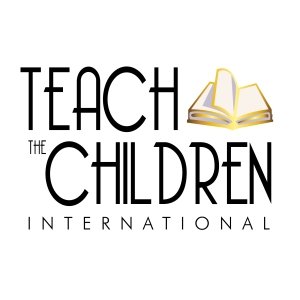 Convinced of the importance of religion in the lives of America’s new settlers, our forefathers refused to entertain any suggestion that the people who lived in this nation would be better off without Christianity. In 1794, humanists Thomas Paine, penned an anti-Christian book, The Age of Reason, there was a moral outcry among the citizens and leadership of colonies. Benjamin Franklin and John Adams, as well as prominent Christians of the day refused to recognize Paine or his writings. While people may have read the book, because those of influence rejected the content, the book was not well accepted. When Paine passed away, no cemetery would give him burial space. He was buried in a cow pasture. The moral outcry of the people at all levels of education day refused Thomas Paine’s anti-god book. As a result the book had little effect on the beliefs of the people.
Almost 200 years later during President Reagan’s first term in office, a poll revealed that 85% of Americans were in favor of prayer being a part of a child’s school day. President Reagan, thinking he had grassroots support, secured a majority of votes in the House and the Senate to get the measure permitting prayer in school passed. He was stopped when the courts ruled against his efforts. Justice Antonin Scalia spoke out against the decision to not allow school prayer. Justice Scalia felt striking prayer out of school would please a few to the detriment of the majority. Justice Scalia also spoke out against abortion. He is credited with making the remark to a group of friends, “Where is the moral outcry against abortion?” Justice Scalia was asking: Where are the Christians who will do more than give a nod against evil?
A look at America’s Educational system today reveals how different our schools are from 200 years ago. Educators have led us down a path that has almost destroyed our culture, our religion, our families and ultimately our future. Yet, there is little moral outcry among those who hold to strong Christian beliefs.
I pray God gives each of us insight on how to participate in the moral outcry that is necessary to change this nation – in particular the Mountain of Education. No matter where we are or what station we hold in life, we can begin to take a stand against the tide of evil that has flooded our schools. Let every one of us participate in the outcry against the ungodly agenda in the American Mountain of Education!

This site uses Akismet to reduce spam. Learn how your comment data is processed.